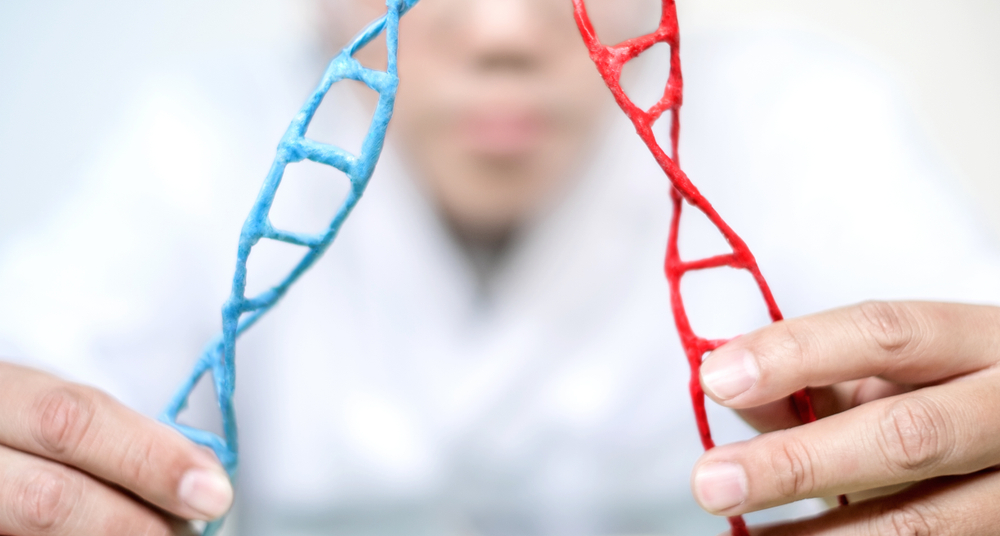 My dad died of heart disease. Does that mean that I’m doomed into the same heart disease because of genetics?

My Mom is overweight. Does that mean I’ll be overweight?

Why do some people lose weight on the Keto diet and I don’t?

These are some interesting questions that our DNA may shed some light on, however, your health is not only influenced by your genetics, but also by the environment, your nutrition and your lifestyle – including sleep amount and exercise.

Sleep and inflammation are regulated by the same biorhythms. Controlled experimental studies have shown that sleep loss in humans demonstrated the mediators of inflammation are altered by sleep loss.  (Janet Mullington, Sleep Loss and Inflammation).  It is not widely known HOW the lack of sleep causes inflammatory blood markers to go up, but the effects on the immune system from the lack of an 8-hour restful sleep have been shown to increase the inflammatory markers and that let us know there is acute inflammation in our bodies.

Lack of sleep has also been shown to contribute to diabetes! One study found that just one partial or poor quality night’s sleep could create insulin resistance, leading the way to obesity.  There have been numerous other studies demonstrating poor sleep not only may lead to obesity or diabetes but also cardiovascular disease, mood disorders, poor immune function and lower life expectancy.  Sleep is important for energy, mood and healthy life and the lack of sleep can adversely affect the hormones that make you hungry and store fat!  So if we think our health issues are only based on our genetics, we are wrong!

The lack of sleep not only creates hunger and cravings, usually of carbohydrates or sweets but also sugar imbalances that can eventually lead to an increase in pre-diabetes and increased blood sugar.  Now add in a high carbohydrate diet, the lack of sleep and a couple of genes that might not function at full capacity, that help glucose uptake, like SLC308A and diabetes here we come!

There is strong evidence that consuming large amounts of “fast foods” and processed foods such as burgers, french fries, fried chicken pieces, cookies, candies, white bread and sodas lead to obesity, heart disease and diabetes, which are all inflammatory diseases. In a report by Public Health Nutrition, readily available “fast” or ‘convenience’ ready to eat or ready to heat, is an important cause of the pandemic of overweight and obesity and the rapid rise in related diseases such as diabetes and cardiovascular diseases. Again, add in a diet full of processed foods along with a homozygous gene of DRD2, which doesn’t tell your brain you are full, and whammy, you have CVD, obesity or diabetes!

LACK OF EXERCISE AND DIABETES

According to the United States Department of Health and Human Services, regular physical activity can lower blood pressure and reduces the risk of type 2 diabetes.

Your body uses inflammation to heal itself after an injury or to protect itself from infection, however, chronic inflammation is tied to all kinds of diseases including diabetes, heart disease and even Alzheimer’s Disease!  The studies show that when you start exercising and moving your muscles, your muscle cells will release a protein called Interleukin 6 (IL-6) which has been shown to play an important role in fighting inflammation.  The longer you work out, the more IL-6 is released.

A study by Hong found that a workout session does not have to be intense to have anti-inflammatory effects. Twenty minutes to half an hour of moderate exercise, including fast walking, appears to be sufficient. Feeling like a workout needs to be peak exertion level for a long duration can intimidate those who suffer from chronic inflammatory diseases and could greatly benefit from physical activity.

According to The World Health Organization (WHO), tobacco use causes death to nearly six million people annually.  Nicotine is the major addictive and toxic component in tobacco products. It makes sense that nicotine is a major cause of inflammatory disease among smokers and also non-smokers by passive inhalation.

A study published in the Journal of Dental Research found that the effects of cigarette smoking are far-reaching and complex of which the effects on immunity include many variables, including genetics!  So if you have genetics that are predisposed to chronic inflammation, you will almost assuredly see some inflammatory responses from smoking.

“Genetic risk accelerated the development of smoking behavior,” said Daniel Belsky, a fellow at Duke University.  He also found that “teens at a higher genetic risk transitioned quickly from trying cigarettes to becoming regular, heavy smokers!”.. If you knew you or your teen has these genetic “SNP’s”, it would be wise not to even start the smoking habit or it may be very tough to quit!  Those people with the DRD2 SNP are more likely to have lower dopamine receptor activity and increased susceptibility to reward-seeking behaviors, such as smoking.

Alcoholism is frequently referred to as a family disease.  Alcoholism itself is a complicated disease, but there are links to genetics and addiction to alcohol.  Research has shown that genetics are responsible for about 50% of the risk a person has for developing an addiction to alcohol. Some people have a gene that may contribute to alcoholism by not metabolizing alcohol properly. But what about the other 50%? That means the other 50% is environmental, however, even those with a high genetic risk to substance abuse don’t have to pull the trigger on alcoholism.  Being aware of the gene and lifestyle factors, such as work-related stress, lack of parental supervision, availability or peer pressure can divert starting to drink.

Alcohol can raise triglycerides, contribute to fatty liver and create sugar imbalances.  It makes sense that by reducing or eliminating alcohol, you can lower your inflammatory responses and reduce the risk of causing the trigger to be pulled on any genetic risk you may have.

If you have the DRD2 SNP, be mindful of potentially habit-forming and reward-seeking behaviors, such as alcohol use! You should consider other ways of supporting dopamine levels.

Toxins include plastics, phthalates, bisphenol A, pesticides, mercury, arsenic, lead, air pollution, exhaust, cleaners, and at least 80,000 other chemicals introduced since the industrial revolution and can interfere with metabolism, hormones, the endocrine system and can even cause weight gain.

Studies show that early-life exposure to environmental toxins can play a major role in predisposing animals to insulin resistance, hormone disruptions, and obesity. We now know that environmental toxins such as BPA, can increase the risk of weight gain and even type 2 diabetes independent of calorie intake! These toxins are endocrine disruptors and can interfere with your metabolism and can cause weight gain even if you are watching your calories! So take a close look at your cosmetics, soaps, deodorant, water source, household cleaners, food, skin products and on and on.

Who would guess psychological stress could cause inflammatory diseases?

Our immune system is very complicated, however bottom line is that when you see a bear in the woods, your flight or fight immune response will take over.  That’s a good thing.  You can run faster, think clearer, and your heart will pump extra fast to send oxygen to your legs so you can run.  But what if there is no bear in the woods and you think there is? like constant worrying, negative thinking, depression, or general sadness.

According to Segerstrom, 2006, prolonged stress can lead to hyper physiological levels of cortisol, the hormone secreted to manage stress. This then alters the effectiveness of cortisol to regulate both the inflammatory and immune response because it decreases tissue sensitivity to stress. When stress is constant, it can lead to constant tissue breakdown and impairment of the immune system, which leads to a greater risk for depression, heart disease, and infectious diseases!

BSN, Dietetics and Integrative Medicine I currently work with a Functional Medicine Internal Medicine DO,  in a local clinic, providing nutritional and lifestyle counseling to patients who are experiencing autoimmune conditions, cardiovascular diseases, obesity, pre-diabetes, diabetes, inflammatory conditions, liver overload issues, or who want to age with the best possible lifestyle.